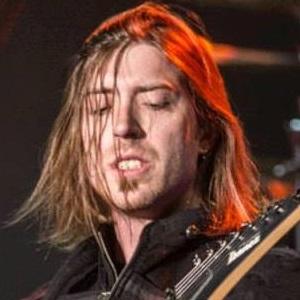 Member of the Christian rock band We as Human, a Top 10 charting group on the Billboard Christian Albums chart and the Billboard Hard Rock chart thanks to their debut self-titled album.

He and We as Human were discovered by John Cooper and his band Skillet when We as Human's manager handed John their EP.

He quit his job to play in We as Human without a single paying gig scheduled in their future.

He is a native of Seattle, Washington.

He plays guitar in We as Human alongside Jake Jones.

Justin Forshaw Is A Member Of