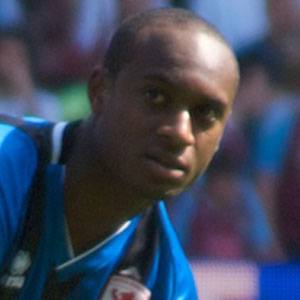 Right back who made his senior career debut in 2002 for Arsenal, and his international debut in 2013 for Trinidad and Tobago.

He came up through Arsenal's system, which he joined when he was nine; he also played on England's U16 team.

He was Arsenal's first Englishman to score in the new Emirates Stadium.

His mother, Wendy Hoyte, was a sprinter, and his brother, Gavin Hoyte, also played professional soccer.

When he joined Arsenal, he played under manager Arsene Wenger.

Justin Hoyte Is A Member Of