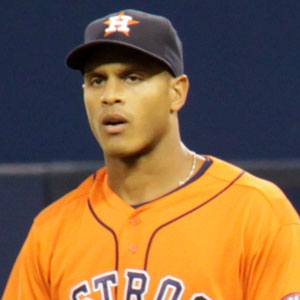 Major league outfielder who debuted with the Washington Nationals in 2007.

His first career hit was a pinch-hit grand slam.

His father Austin Maxwell served more than two decades in the Navy.

Justin Maxwell Is A Member Of