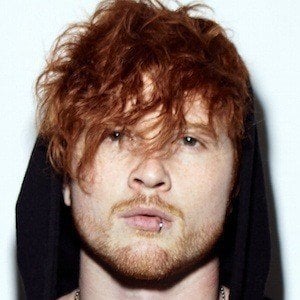 Multi-instrumentalist and vocalist who is known by the name CryWolf. In November 2015, he released his debut studio album Cataclasm to iTunes and his personal SoundCloud account.

He began posting music regularly to his personal SoundCloud account in April 2013. His first single released there was the song "The Moon is Falling Down."

His first two EPs, Angels and Ghosts, charted on iTunes. He recorded his album Cataclasm in Iceland, which he said inspired his icy atmospheric feeling.

He was born and raised in Raleigh, North Carolina.

His electronic and EDM-inspired music has been met with approval by prolific EDM DJ Skrillex.

Justin Taylor Phillips Is A Member Of