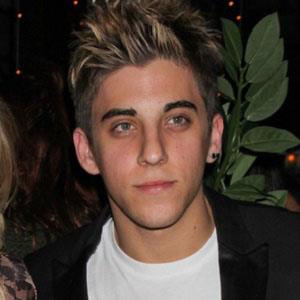 Singer and actor who rose to fame after the release of his song "Summer Nights" featuring Glee star Kevin McHale. He released Faces - EP in April 2015.

He made his first appearances in small roles on Will & Grace and the film Dr. Doolittle 3. He would later join the group NLT alongside Kevin McHale and Travis Garland, learning from stars like Ryan Tedder.

He made his songwriting debut in One Call on the song "Blacklight." As a member of the band, he opened for Britney Spears' Circus tour in 2009.

He is from Canyon Country, California.

He appeared on The Real Housewives of New Jersey recording "Never Let Me Go" with Melissa Gorga .

Justin Thorne Is A Member Of