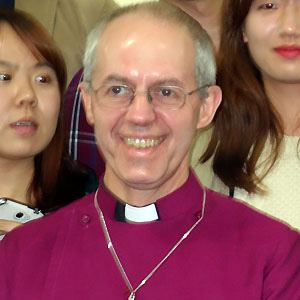 Archbishop of Canterbury who became the leading figure in the Church of England after his enthronement in early 2013.

He spent 11 years working for European oil companies before following a calling from God.

He has written many books on the intersection between religion, ethics and finance.

His grandfather on his father's side was a Jewish German immigrant, a fact that surprised the adult Welby.

George Carey preceded him as the Archbishop of Canterbury.

Justin Welby Is A Member Of