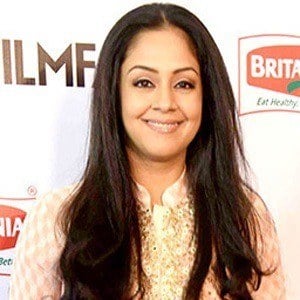 Acclaimed actress who in 2005 received the Kalaimamani Award, which is given by the Tamil Nadu state of India to recognize individuals for excellence in literature, music, or theatre.

She studied psychology at Mithibai College in Mumbai.

She received her third Tamil Nadu State Film Award for Best Actress in 2007 for her performance in Mozhi.

She married actor Suriya in September 2006. She has two kids named Dev and Diya Savikumar.

Jyothika Is A Member Of