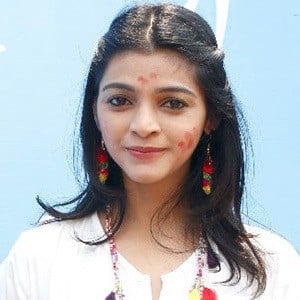 Actress who has risen to fame for her career in the Indian TV industry, including as Maan Bai on the drama Jodha Akbar in 2015. She later starred as Khushi Sankalp Bharadwaj on the popular soap opera Sasural Simar Ka in 2011.

She earned her breakthrough role on the soap opera Bhagonwali-Baante Apni Taqdeer in 2010.

She starred as Anamika on the TV series Mrs. Kaushik Ki Paanch Bahuein in 2012. She was nominated for the 2013 Indian Telly Award for Best Actress in a Negative Role for her work on Sasural Simar Ka.

She married her husband Nitesh Singh in 2015.

She and eventual winner Aanchal Khurana were both nominated for the 2013 Indian Telly Award for Best Actress in a Negative Role.

Jyotsna Chandola Is A Member Of