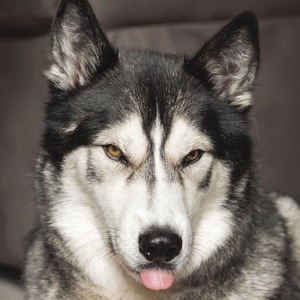 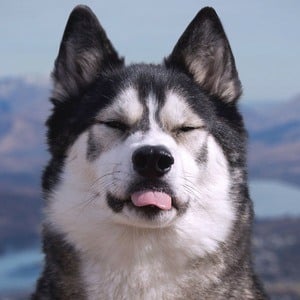 YouTube famous dog who is a husky/malamute mix. The comedy videos in which he stars have been watched more than 288 million times and his channel has earned more than 1.5 million subscribers.

He was first featured on his YouTube channel in a video called "K'eyush Over 24 months." It was posted in March of 2017.

The video "Pretending To Faint In Front Of My Dog. He Leaps Into Action!" was viewed more than 16 million times. He is best friends with another dog named Sherpa.

His owner's name is Jodie.

He is a famous husky on the web like Laika the Husky.

K'eyush the Stunt Dog Is A Member Of