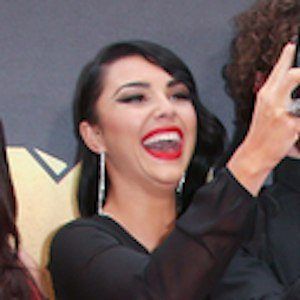 Rocketed to fame after appearing on the 31st season of Real World: Go Big or Go Home. She would go on to compete on MTV's The Challenge: Invasion of the Champions.

After graduating from Florida Gulf Coast University in 2014, she had plans to become a journalist.

Since her reality debut, she has become quite popular on social media, earning more than 350,000 Instagram followers.

She is a West Palm Beach native, though she originally hails form Fort Myers. She has been in a relationship with singer Michael Pericoloso. She got engaged to Sam Robert Bird in 2020.

Other stars of Real World: Go Big or Go Home include Jenna Thomason and Dione Mariani.

Kailah Casillas Is A Member Of