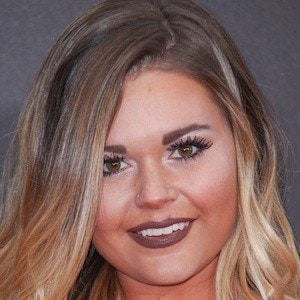 Reality star known for making her television debut in the 31st season of The Real World: Go Big or Go Home set in Las Vegas, Nevada.

Also a singer-songwriter, she began posting song covers to YouTube starting with a performance of Stevie Nicks' "Landslide."

She has a YouTube channel called JenstaMusicQueen where she has posted song covers of everyone from Rihanna to Kelly Clarkson.

Her father is a mormon.

She was a cast member on Real World: Go Big or Go Home alongside Dione Mariani.

Jenna Thomason Is A Member Of