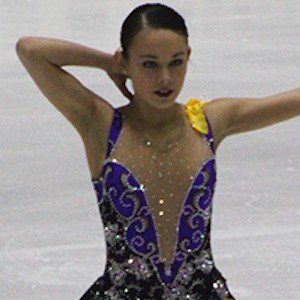 She started training at the Hunter Ice Skating Stadium when she was eight years old. She won the novice national championship in 2010-2011.

Her excellence at figure skating have made her a social media star in her home country, as she boasts more than 150,000 followers on Instagram.

She was born to Katrina and Stephen Craine in Newcastle, Australia. Her training regimen has taken her as far as the Toyota Center in Los Angeles, California.

She and Danielle O'Brien have both won Australian Figure Skating Championships.

Kailani Craine Is A Member Of