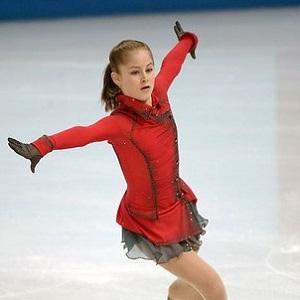 Russian competitive figure skater who participated in the 2014 Winter Olympics in her native country, becoming one of the youngest gold medalists in Olympic figure skating history.

She began training as an ice skater when she was just four years old. She went on to compete in the Russian Junior Championships in 2010 and 2011.

She entered the 2014 European Figure Skating Championships in Budapest, becoming the youngest women's singles champion in the event's history.

She spent the first ten years of her life in the city of Yekaterinburg, Russia. She was raised by her mother, Daniela Lipnitskaya.

She and Tatiana Volosozhar were both part of the Russian figure skating team that took home gold at the 2014 Olympics.

Yulia Lipnitskaya Is A Member Of