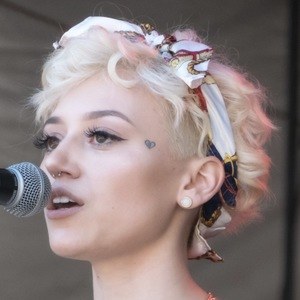 Alternative pop music singer/songwriter who rose to fame after her 2017 single "Medusa" went viral on social media platforms. This led to her signing a major label recording contract with Republic Records that same year.

She began playing guitar at the age of ten and eventually she started posting her music on SoundCloud.

In October 2017, she was featured in an article published by The FADER.

She is from Phoenix, Arizona.

She collaborated with singer/songwriter Carly Rae Jepsen's producer on her debut album.

Kailee Morgue Is A Member Of