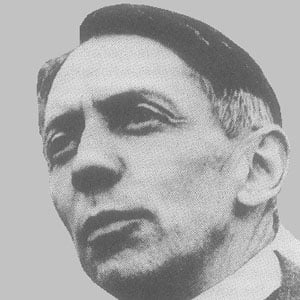 Danish pastor who was killed by Nazi Gestapo for giving a sermon at Copenhagen's Church of Our Lady in 1944. He is considered a martyr by the Lutheran Church.

He was born on the island of Lolland and began serving as the vicar of Vederso in 1924.

He was also a respected playwright whose religiously-themed plays, such as 1925's "Ordet," have lived on in Christian culture.

He was born Kaj Harald Leininger Petersen. The name Munk comes from the family who raised him after his parents' death.

He wrote a harshly critical open letter to dictator Benito Mussolini in 1938.

Kaj Munk Is A Member Of