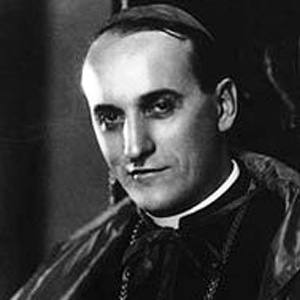 Croatian cardinal who was the Archbishop of Zagreb from 1937 to 1960.

He served on the Italian front during World War I.

After World War II Yugoslav authorities indicted him on multiple counts of war crimes and collaboration with the enemy but these claims were seen as false and the trial was a typical communist "show trial".

He had seven brothers and sisters.

He was declared a martyr and beatified by Pope John Paul II in 1998.

Aloysius Stepinac Is A Member Of