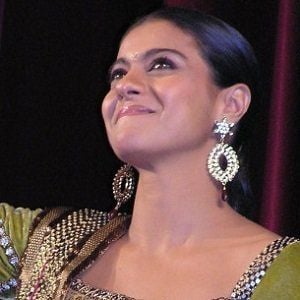 Indian actress who starred in a variety of movies, including Kuch Kuch Hota Hai in 1998. She was nominated for a Filmfare Award for Best Actress for her role in Yeh Dillagi.

She danced and read lots of fiction before appearing in Bekhudi as Radhika.

She is a Hindi film actress who broke the record for most Best Actress wins at the Filmfare Awards - the Oscars of Indian cinema.

She was a guest at the wedding of Aishwarya Rai.