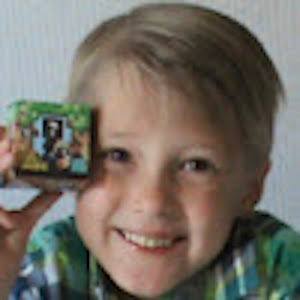 YouTube vlogger who is known for his Kalebs ToyBox channel. He has gained particular renown for his frequent vlogs detailing his love of toys, which include unboxings, and often feature his mother, who operates the channel.

He co-created his YouTube channel with his mother on July 26, 2014. He posted his first video there on the same day.

He has amassed more than 5,000 subscribers to his YouTube channel. One of his most popular videos, "Pie Face Game by Hasbro!", has earned more than 100,000 total views.

His videos also often feature his father, his little brother Kash, and his little sister Kaydence.

He has expressed his fandom for Marvel's Avengers, who in the films are portrayed by such actors as Robert Downey, Jr. and Chris Evans.

Kalebs Toy Box Is A Member Of