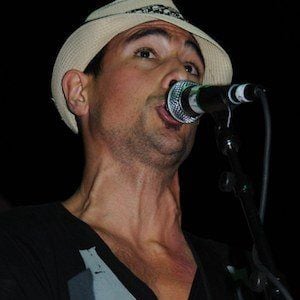 First known as the vocalist and guitarist for the Hawaii-born band Pepper, he would go on to form the dub band Sabotage Soundsystem. Pepper has released over half a dozen successful albums and is particularly known for the 2002 album Kona Town.

He first began working with his Pepper bandmates in 1996. Friends since high school, they started the band shortly after graduating. Then, in 1999, they relocated to California to pursue their music.

A yoga teacher as well as a musician, he co-founded the musical yoga company Rebel & Muse.

Both of his parents were composers and songwriters. He co-founded Rebel & Muse with his wife, Melanie.

The Pepper album No Shame features production from 311's Nick Hexum and No Doubt's Tony Kanal.

Kaleo Wassman Is A Member Of