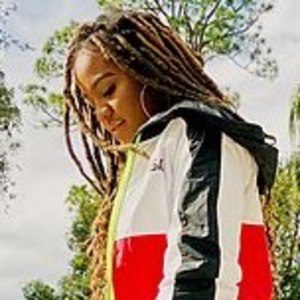 American pop singer who has won fans with songs like "Picture Me" and "Happily Ever After." She is also known for her covers of songs by artists like Drake and Hot Chelle Rae.

She began writing and recording music during her senior year of high school. She has lived in Orlando, Florida.

In 2017, she held a contest to see which of her fans could create the best Musical.ly video of her song "Picture Me."

Her real name is Dejauna Irving.

Kallie Rock Is A Member Of