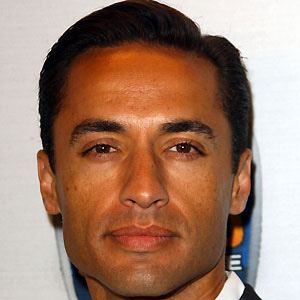 Actor best known for playing Antonio Vega on the ABC soap opera One Life to Live from 1995 to 2009.

He was raised in Las Vegas by his father, Cuban percussionist Walfredo Reyes, Sr. and Matilde Pages.

He played the villain of Call of Duty: Black Ops II.

His brother is Walfredo Reyes, Jr., the percussionist of the band Chicago. He married actress Sherri Saum in 2007.

He starred with Sir Anthony Hopkins in the biopic Nixon.

Kamar Reyes Is A Member Of