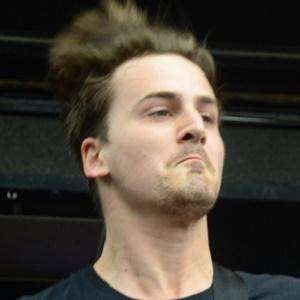 Rhythm guitarist and backing vocalist for the metalcore band Beartooth whose debut studio album, Disgusting, charted at #48 on the Billboard Top 200.

He was officially welcomed to Beartooth in January of 2014 after previously filling the role of rhythm guitarist with the group City Lights from 2011 to 2014. He also played with a group called Though She Wrote.

Before joining Beartooth officially, he performed guitar duties with the band on their winter 2013 tour.

He and Beartooth are based out of Columbus, Ohio. He has dated esthetician and tattoo artist Hannah Darfus.

He and Taylor Lumley are both guitarists for Beartooth.

Kamron Bradbury Is A Member Of