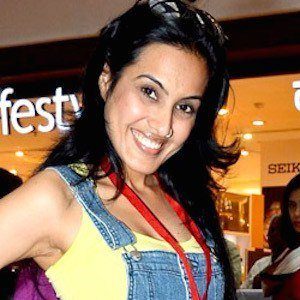 Model and actress who has appeared on many soap operas and TV series in India.

She started out in bit parts in Hindi films, and landed her first major role as Karishma Singh on the series Kehta Hai Dil.

She and Indian wrestler Sangram Singh broke the international record for the longest time spent in a box by remaining in it for more than 42 hours.

She has a daughter, Aara, with her ex-husband Bunty Negi.

In the film Yaadein, she can be seen speaking to actress Kareena Kapoor.

Kamya Punjabi Is A Member Of