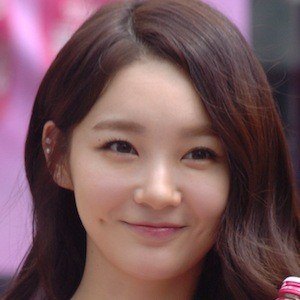 South Korean singer who rose to fame as one half of the K-pop R&B duo Davichi alongside Lee Hae-ri. She is also a popular actress in South Korea, appearing on television dramas like Vampire Idol and Haeundae Lovers.

In 2012, she performed in a musical theatre production of Roly-Poly of Our Youth.

She was born in Goyang, South Korea.

She was a guest vocalist on the Le Seung-gi track "Just Like the First Time" in 2009.

Kang Min-kyung Is A Member Of