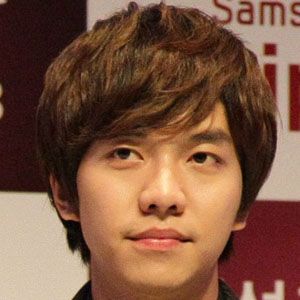 South Korean singer known for smash hit singles like Will You Marry Me and as the MC of the talk show Strong Heart.

He trained in singing for two years before releasing his debut single, Because You're My Girl.

He won the Best Male Solo Artist award at the M.net KM Music Festival in 2007.

He has dated Girls' Generation's Im Yoona. He has a younger sister.

He co-starred with actress Han Hyo-joo in Brilliant Legacy.

Lee Seung-gi Is A Member Of