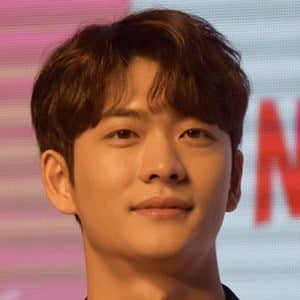 South Korean pop singer/songwriter who rose to fame as a member of the K-pop outfit 5urprise. With 5urprise he released the 2014 single "From My Heart" and the 2016 single "Shake it Up." In 2019, he began starring on the series My First First Love.

5urprise was founded in September 2013 by the talent agency Fantagio.

He portrayed Lee Jun-su in the 2014 television series Forever Young.

He and Seo Kang-joon were both members of the K-pop group 5urprise.

Kang Tae-oh Is A Member Of