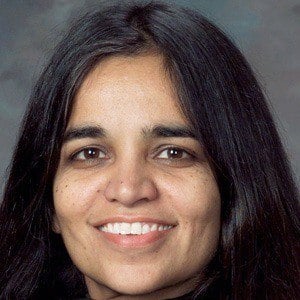 NASA's first Indian astronaut and the first Indian-born woman in space. She died in the Space Shuttle Columbia disaster.

She earned her undergraduate degree in India, and her M.S. and Ph.D. in aerospace engineering at the University of Colorado at Boulder.

Days after her death, India's Prime Minister announced the renaming of a series of weather satellites to KAPLANA in her honor.

She grew up in Karnal, Haryana. In 1983, she married Jean-Pierre Harrison.

Laurel Clark was also aboard the ill-fated Columbia shuttle when it disintegrated.

Kalpana Chawla Is A Member Of