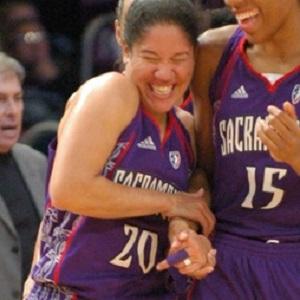 Professional women's basketball player best known as a guard for WNBA teams like the Sacramento Monarchs and Washington Mystics. She won a WNBA Championship with the Monarchs in 2005.

She attended the University of Tennessee, where she graduated with a degree in Finance in 2003.

She received the Kim Perrot Sportsmanship Award for ethics and integrity in 2009 and 2012.

She married Damien Barling in 2008.

She was coached by legendary women's basketball coach Pat Summitt at the University of Tennessee.

Kara Lawson Is A Member Of