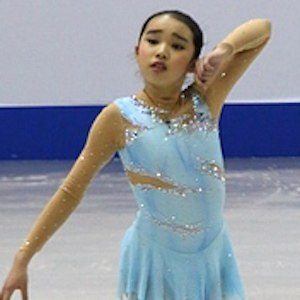 American figure skater who took home the bronze medal at the 2015 U.S. Figure Skating Championships. She also took home the top prize at the 2013 Junior Grand Prix in Slovakia. She competed in the 2018 Winter Olympics.

She won a gold medal in 2011 on the national intermediate level and then won gold again as a novice in 2012.

She made her senior international debut at the 2015 U.S. International Classic, finishing in fourth place in the competition.

Her parents immigrated from Taiwan to the United States. She has a younger brother named Jeffrey who is also a figure skater.

She won the bronze medal at the 2015 U.S. Championships, a competition in which Ashley Wagner took home the gold medal.

Karen Chen Is A Member Of