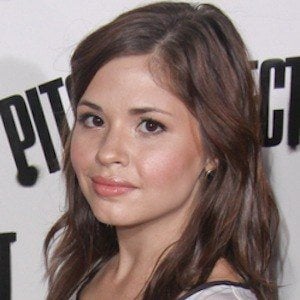 Film and television actress best recognized for her portrayal of Bologna Barb in the hit musical comedy Pitch Perfect and its sequel Pitch Perfect 2.

She fell in love with singing at the age of five and went on to participate in theater from 1997 until 2010 when she began pursuing her screen career.

In 2010, she hosted the weekly series Do it Best on The Bayou in Southern Louisiana on Vision Communication.

Her boyfriend, Sebastian Morales, has studied to become a pharmacist.

Karen Gonzalez Is A Member Of