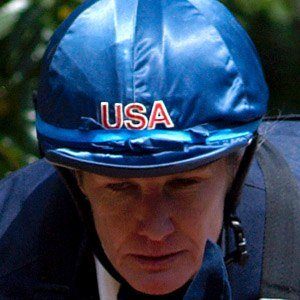 Three day eventing equestrian known for winning the silver medal at the 1996 Olympic Games and two gold medals at the 2007 Pan American Games. She was named Eventing Horseman of the Year by The Chronicle of the Horse in 1996.

She was given a horse named Midnight by her parents for her eleventh birthday.

She and her husband became the first husband and wife combination to share two Olympic medals.

She married David O'Connor, also an equestrian, in 1993.

She and Pippa Funnell are both famous three day event riders.

Karen O'Connor Is A Member Of