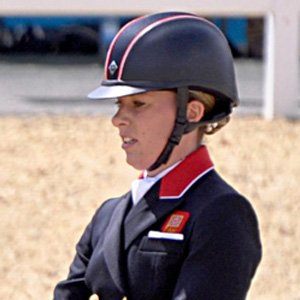 Olympic equestrian champion who won two gold medals for the team and individual dressage events at the 2012 London games.

She began riding at the age of 2, and began training in dressage with a horse bought with her grandmother's inheritance.

Became widely considered as the best dressage riders in the world, winning all major titles and world records in the sport.

She was born in the London Borough of Enfield with an older sister. She's engaged to longtime partner Dean Golding.

Finishing school at age 16, she began training at the stables of equestrian rider Carl Hester.

Charlotte Dujardin Is A Member Of