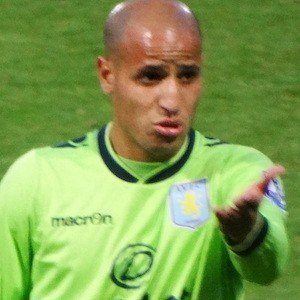 Moroccan professional football player who is known for his position of defensive midfielder. He is also known for his association with the club Ferenoord in the Eredivise.

At the age of 9 he began playing for the local club UDI. He was quickly spotted by scouts from Twente and was invited to join the academy. In 2008, he became a part of Morocco's national team.

He has received several honors and awards for his playing including the Johan Cruijff Shield in 2017.

He was born and raised in Enschede, Overijssel, Netherlands.With Moroccan parents, he qualified to play for the Moroccan national team.

Others who played for the Morocco national team include Mustapha Hadji and Adel Taarabt.

Karim El Ahmadi Is A Member Of