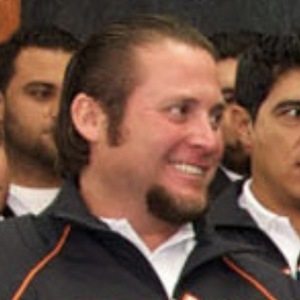 Right fielder who played in the big leagues for 10 seasons on several teams, including the New York Yankees and Cleveland Indians.

The Los Angeles Dodgers signed him as an amateur free agent in 1992.

He played for the Arizona Diamondbacks in 1998.

He was born in Ciudad Obregon, Mexico.

He was involved in a famous confrontation with Pedro Martinez in the 2003 ALCS when Martinez threw a pitch near Garcia's head.

Karim García Is A Member Of