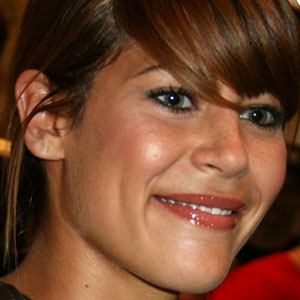 British model and actress who was one of several models for the popular Tomb Raider video game character Lara Croft.

She worked as a secretary before starting her modeling and acting career.

She played a bit role in the 2004 action film Alien Vs. Predator.

She was born in London to a family of Moroccan, Irish, and Greek Cypriot heritage.

Karima Adebibe Is A Member Of