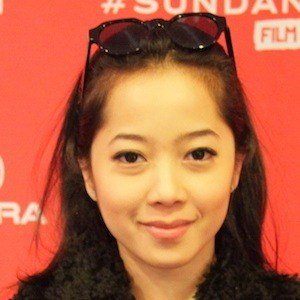 Film actress and singer who first became known for her role in the 2013 film What They Do not Talk About When They Talk About Love. She would later go on to star in the acclaimed 2017 film Salawaku.

Her role as Diana in What They Don't Talk About When They Talk About Love was her acting debut.

A talented singer, in 2015 she released her debut single titled "Dalam Hati Saja." She later followed with "Sesuka Hati" in 2017.

Her parents' names are Djohan Iskandar Salim and Lies Kurniasih. She married Aldy Primanda in 2017.

In 2015, she joined Joko Anwar in the cast of the drama Melancholy Is a Movement.

Karina Salim Is A Member Of