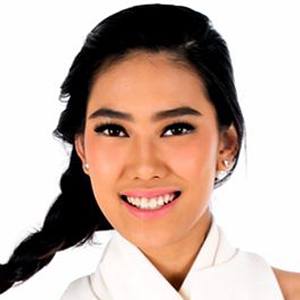 Australian-born Indonesian pop singer and songwriter who won the gold medal for her performance at the World Choir Games in Xiamen. She is also recognized for the popular single "Nina Bobo."

She began vocal training at the age five and continued to do so until 2004.

In 2006, she was the recipient of the Penyanyi Terbaik untuk kategori Anak AMI Award.

Her uncle was recording artist Rohali Alya who also had a hand in the production of her debut album.

Both she and Raisa Andriana are popular Indonesian recording artists.

Karis Alika Islamadina Is A Member Of