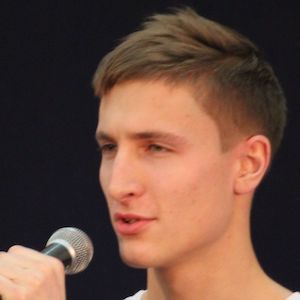 Singer and bassist who rose to stardom as a contestant on the Estonian singing competitions Eesti Otsib Superstaari and Su Nägu Kõlab Tuttavalt. He has since embarked on a highly successful music career, winning fans with such songs as "Lähedal," "Segased Lood" and "Seitse Pühapäeva."

He grew up in Viljandi and Tallinn, Estonia. He sang in a boys choir and picked up bass in the seventh grade.

He was nominated for five Estonian Music Awards in 2015, including Song of the Year and Album of the Year.

His mother was a piano teacher.

He performed live with Liis Lemsalu at the EMA 2016 ceremony.

Karl-Erik Taukar Is A Member Of