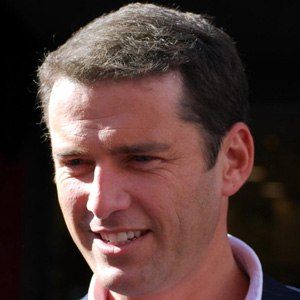 Australian presenter who is best known as co-host of Today and National Nine News.

He earned a degree in journalism from Queensland University of Technology in 1994.

He has three children named Jackson, Ava, and River with Cassandra Thorburn, whom he was married to for over 20 years before separating in 2016. In 2017, he began a relationship with Jasmine Yarbrough.

He appeared on The Price is Right with Bob Barker in 2005.

Karl Stefanovic Is A Member Of