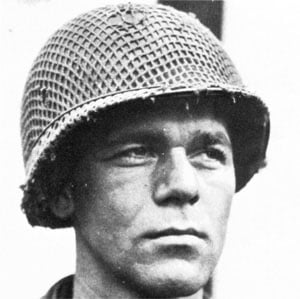 German-American war hero who was the first American Officer to cross Germany's Rhine River during World War II. He survived the German demolition attempt to destroy the Ludendorff Bridge at Remagen in 1945.

He graduated from the Citizens Military Training Corps in 1940 after attending for two summers.

The Timmermann Theater in Fort Dix, New Jersey was named in his honor.

His father was an American soldier of German ancestry who married his mother while serving in the war.

He met and was interviewed by Ernie Pyle about his time in the war.

Karl H. Timmermann Is A Member Of