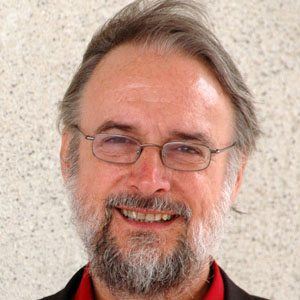 Known best for his role in developing the MP3 audio format, this German-born sound engineer was the 2004 recipient of the IEEE Masaru Ibuka Consumer Electronics Award. His other honors include the Audio Engineering Society's Silver Medal and Board of Governors Award.

He earned degrees in electrical engineering and mathematics from Erlangen University and went on to receive a doctorate in the former field from Friedrich-Alexander University.

During the late 1980s and early 1990s, he lived in the United States and worked for AT&T Bell Laboratories. He later returned to his native Germany and taught at both the University of Erlangen-Nuremberg and the Technical University of Ilmenau.

He was born and raised in Erlangen, Germany.

He and Canadian composer Paul Hoffert both helped develop the MP3 format.

Karlheinz Brandenburg Is A Member Of