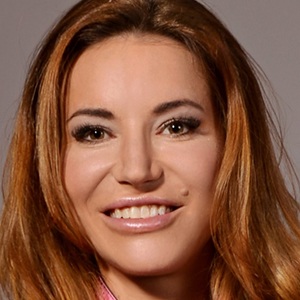 Professional race car driver who specializes in drift driving. She is known for racing in a variety of European drifting events and has earned sponsorship from Stduio Piksel and Virgin Mobile. She shares modeling shots and pictures of her riding to Instagram and her over 100,000 followers.

She first began racing professionally in 2003 when she competed in the Katowice, Intel Extreme Masters tournament. She then began documenting her racing on her Instagram in September of 2015.

She has competed in several Drifting Opens throughout Poland including at Torun Motorpark, Autodrom Pomorze, and Limanowa.

She posted a picture with fellow race car driver and drifter Aurimas Bakchis to her Instagram in November of 2017.

Karolina Pilarczyk Is A Member Of