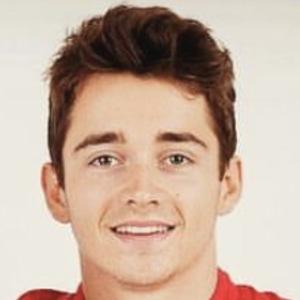 Monégasque racing driver who is recognized for having been crowned the champion of the GP3 Series. In 2016, he became a full fledged member of the Ferrari Driver Academy and in 2018 he began driving for Sauber. In 2019, he became a driver for Scuderia Ferrari.

As a child, he used to kart on a track owned by fellow racer Jules Bianchi's father.

He competed in the 2017 FIA Formula 2 Championship.

He is originally from Monte Carlo, Monaco. His older brother is named Lorenzo and his younger brother is Arthur. He has been dating Charlotte Sine.

Both he and Lance Stroll were members of the Ferrari Driver Academy.

Charles Leclerc Is A Member Of