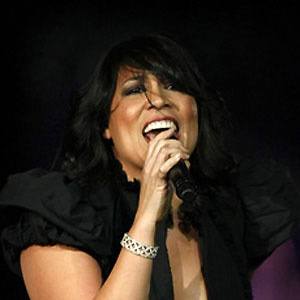 Australian pop singer for over three decades who also starred in the film and stage productions of Jesus Christ Superstar.

She started her music career with the 1984 single "It's Magic/Only With You."

She had her fourth Platinum-selling album with True Romantic: The Best of Kate Ceberano in 1999.

She was raised by a Filipino-American father and an Australian mother in Melbourne, Victoria. She and her husband, Lee Rogers, welcomed a daughter, Gypsy, in 2004.

She featured John Farnham on her 1992 single "Everything's Alright."

Kate Ceberano Is A Member Of