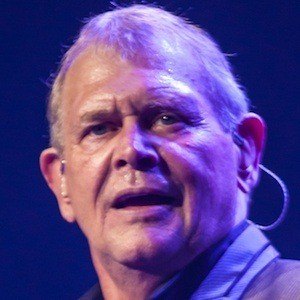 Adult contemporary singer of "You're the Voice," which was a #1 hit in Australia. He was inducted into the ARIA Awards Hall of Fame in 2003.

He started his music career as a teenaged pop star as a member of the band Strings Unlimited.

He was named the Australian of the Year in 1987.

He got married to Jillian Billman on April 18, 1973. The couple has two sons, Robert and James.

He replaced Glenn Shorrock in the Little River Band in 1982.

John Farnham Is A Member Of