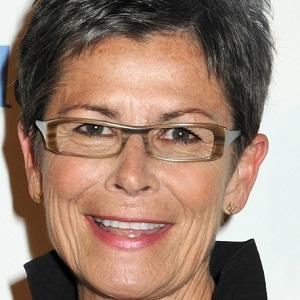 Stand-up comedian known for her LGBT-themed acts. Her one-woman shows include "Lady Ha Ha" and "Kate's Out Is In."

After graduating from Le Moyne College and Colgate University, she taught high school for nearly a decade. She began her career as a stand-up comic in the early 1980s.

She penned several books, including What the L and Don't Get Me Started.

In the late 1980s, she began a long-term relationship with Indian-born LGBT activist Urvashi Vaid.

She toured with Cyndi Lauper in 2008.

Kate Clinton Is A Member Of