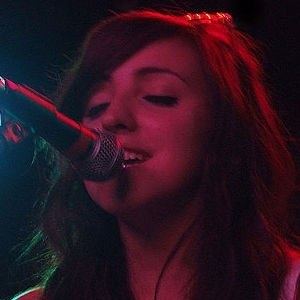 Singer and songwriter who gained fame posting covers of popular songs to her eponymous YouTube channel. She has earned more than 150,000 subscribers. She is also the vocalist for the rock band Meadowlark.

She first gained attention when she posted a cover of "Landlocked Blues" by Bright Eyes in November 2007.

In 2010, she won the Tesco Entertainment contest 1Click2Fame against over 2000 competitors.

She is from Carmarthen, Wales.

She is most popularly recognized for a cover of "Someone Like You" by Adele posted in January of 2012 which garnered more than 4 million views in less than four years.

Kate McGill Is A Member Of