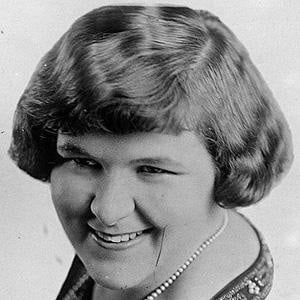 Alto singer who sang Irving Berlin's song "God Bless America" and who was known as the First Lady of Radio and who sang for fifty years.

She got her break on radio where her larger body was not a disadvantage. She played with Jack Miller's Orchestra.

She was born and raised in Virginia and never married.

After performing at a concert demonstration against indecency, Smith was commended by Richard Nixon.

Kate Smith Is A Member Of