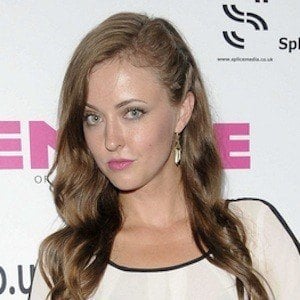 Known as the titular character in the Ginger Snaps film series and appeared as Gibb in the popular horror film Freddy vs. Jason. She also starred as Mary in American Mary and as Bree in Another Cinderella Story.

She was born in Vancouver and started acting at a very early age with small parts in Cousins, Cold Front, and MacGyver.

She originally auditioned for the role of Lori in the film Freddy vs. Jason; but the director asked her to play Gibb instead. She accepted not knowing the role required a nude scene, and ended up hiring a body double.

She is the daughter of Graeme Murray, who created special effects for the television series The X-Files, and the sister of Joshua Murray, a child actor-turned-journalist. She has two dogs, Apple and Spaghetti.

She co-starred with actor Nicholas Campbell in the 2008 television film The Englishman's Boy, for which she won a Gemini Award for her role as Norma Carlyle.