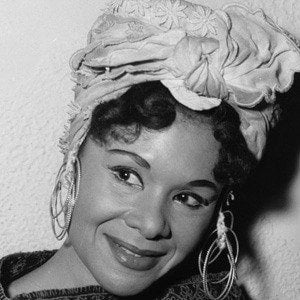 Choreographer, dancer, and anthropologist all in one, she collected ethnic, ritualistic dances, re-interpreted and staged them.

She did not start to train in formal dancing until her late teens, and her interest in it became more academic after learning in school the centrality of dance to native African cultures.

At a time when African Americans were still battling blatant racism, she ran her own Katherine Dunham Dance Company, a self-supported organization that performed for decades.

She married John Pratt, a theatrical designer, who worked with her in 1938 at the Chicago Federal Theatre Project and became her artistic partner.

She had a profound influence on choreographer Alvin Ailey, who was inspired to take up his vocation after watching a performance of her company.

Katherine Dunham Is A Member Of